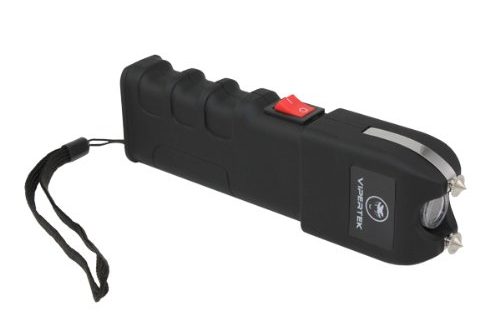 There is not a person in the world who wants to be in a place where they have to defend themselves at any point. Even those highly trained people with techniques for self-defense would prefer not to have to fight because they were targeted by an attacker. Whenever the news gets filled stories of preventable violence, it may feel as if the world is against you. Whenever there is a shooting for instance, there is often a huge spike in the selling of firearms.

The issue with guns

The laws that state when, where, and how you can use a gun can be really extensive in many communities. You can even be required to submit a lot of personal information to have a background check done when you are purchasing a gun and you may have to pass a skills test to even get a permit for you to be able to carry the firearm on you. This can cost you not only in time but in money as a firearm can cost hundreds of dollars, which may actually put self defense out of the reach for many people. Whenever you choose the best self-defense weapons that are not a gun, most of those regulations and rules are often much easier to go by. For the price of having a dinner out with your family, you can get yourself some effective self defense tools that will keep you much safer if you are attacked at any time in your life.  So to summarize:

Who are the likely perpetrators?

Now, just remember that many attackers are not the creepy guy you felt was watching you in the parking lot of your favorite eatery. More than 80% of victims of rape had known their attacker before it happened. Most attacks are going to happen when you are least prepared to handle them. There are many things you can do to help protect yourself. One of those is to have a plan put in place for your self defense before you can ever be attacked. This means that you should know where to run, when to give your attacker what they are wanting, and even when you need to hold your ground. If you happen to be in a situation where you have to fight back, then having a good self defense weapon will certainly come in handy. However, even if you have a knife, taser, or something else, the truth is that if you are not prepared to use your self defense weapon then it will be completely useless, especially against someone that you do not expect. When you have a plan in place, you are able to avoid from being a victim.

You should know your weapon. You need to know your self defense weapon as if it a part of yourself. Different weapons can be difficult to use and can slow you down if you do not know how to operate them. Things such as turning the safeguard off, pressing the correct buttons, or uncapping sprays are things that you should practice before you ever get attacked.

You are also going to need to have quick access to your weapon. You will want your item handy whenever you need it. Having to dig through your pockets or purse while being attacked will just help your attacker. Yourself-defense weapons need to be where they can easily have access. If it is in your purse, then you need to put it in a place where it will not be buried or hold it in your hand when you are out at night.

You also need to pay attention. The best plans actually include avoiding any dangerous locations and people. Being aware of where you are at and keeping your distance from any type of potential threat will help to reduce your chances of actually being attacked. Knowing the nearest place to run or an exit can even help you to escape as well.  This is what you need:

Now, it is really important that you pick a self defense weapon that will make you feel comfortable. The last thing that you want to do is to keep having to worry about your weapon being in your purse, pocket or wherever you plan to keep it. Luckily, there are plenty of self defense weapons that you can pick from and each one has its very own unique use and protecting power. Here are a few of the recommendations on the type of self defense weapons.

Believe it or not a tactical knife is going to be one of the best types of self defense weapons that you can carry on you. Truth is, as long as you are within 20 feet, your knife can be pretty effective and sometimes deadlier than a gun. A lot of people like the idea of carrying a knife as being a self defense weapon because not only can they help to stop your attacker, they have many other uses besides just self-defense. You are going to want a knife that will be equipped with a long enough blade but lightweight enough that you can handle it with ease. Many experts recommend that your knife have a blade of at least 3 inches. However, you really need to ensure that your knife will be sturdy enough that it can handle a fight. Cheap knives are just as bad as not having a knife at all. In general, a knife is much more accepted than a gun in the public. Outside of courts, schools, federal buildings and planes, you can carry your knife just about anywhere, but be sure that you check your state’s laws on knives. Plus, you do not have to take a concealed weapons class like you would if you want to carry a gun.

Another great defense tool is going to be a taser. Most people opt to carry a taser over a gun or knife because they are non-lethal, and they can stop your attacker for at least 5 seconds. Experts have stated that being tasered is very similar to having a giant animal with sharp teeth grab you on the spinal cord and shake you for the longest 5 seconds that a person has ever dealt with. 5 seconds is just enough time for you to get away from the situation and find a safe place. You will want to look for a taser that has snatch prevention, which is side plates that will shock your attacker when they try to grab it.

Pepper spray is a well known and quite popular self defense item that you can carry because it is easy to use, quick and very effective as it will cause irritation to the eyes, which will blind your attacker, irritates the skin and the respiratory system. It is vital to know that the pepper spray is not going to stop your attacker, but it will slow them down enough to allow you to get away. Pepper spray is only a diversionary weapon that can buy you a bit of time to get away and find a safe place. You are going to want to find a pepper spray that will be lightweight and that will come with a UV marking dye that will help your local authorities to identify your attacker. Even though the attacker believes they have washed the pepper spray off, it leaves a trail of hidden UV dye. Also look for a spring-loaded flip top that will help to protect against any triggering on an accident.  Check out the 5 best pepper spray options you can buy.

This is going to be a really clever choice as a self defense carry weapon. It is very inconspicuous, but it is very useful when it comes to having to defend yourself from an attacker. You can get them online or at tactical places. They offer the same type of hands on protection like a tactical knife, but it doesn’t have a bladed edge. You could say it is less useful as a knife, but it is really great if you do not feel comfortable in carrying a knife on you. Not to mention it also works as a real pen as well.

Self Defense Keys or Keychain

Self Defense will often come in many different forms and sometimes a person may need to rely on the help of others. But, in order for someone to come to the rescue, they will need to know that you are in trouble. Most self-defense classes recommend carrying a personal alarm or whistle that you are able to use when you are in trouble. The best thing about these are they can be small and attached to your keys to access easily. Not to mention they are super loud. These alarms can grab the attention of anyone who is close. It is best that you arm yourself with one of these as well as a back up weapon, just in case.

Non-lethal self defense weapons wrap up

Whatever self defense item you decide to carry on you, remember the main goal is not to win the fight, it is to survive and escape without any major injuries. The best defense is to avoid dangerous places and people. You don’t have to have tactical training to know how to defend yourself, but you need to have a game plan just in case. Practice, know your item, and give yourself a chance to escape unharmed.